Good cricket bats can be expensive but they don't come anywhere near to this. On September 7, 2015 a cricket blazer sold in Melbourne for $91,410. It helps that the cricket blazer was used by the greatest batsmen to play the game, Sir Donald Bradman. It also is very beneficial that the blazer was the one that was used by Bradman in his first test as Australian captain. The sale was conducted by Moss Green Auctions.

This is not the most expensive piece of Bradman cricket attire that has been sold. In 2008, Bradman's baggy green from the 1948 Invincible Tour was sold for $380,000.

In 2014, Bradman's first ever Test cricket bat went under the hammer. Auctioneers were expecting the bat to sell for at least $80,000. They were underwhelmed when the bat only sold for $60,000.

This Shane Warne shirt sold for $256

The modern cricket collector has a keen interest in collecting cricket bats and equipment used by players. It is well known that Sachin Tendulkar scantly ever gave away a cricket bat that he had used. MS Dhoni famously put his World Cup winning cricket bat up for sale. The bat fetched more than $160,000 dollars at an auction in London.The bat was significant because it was the one that hit the World Cup winning runs in the 2011 World Cup when India took on Sri Lanka. Proceeds of the auction went to Dhoni's wife's Sakshi Foundation. 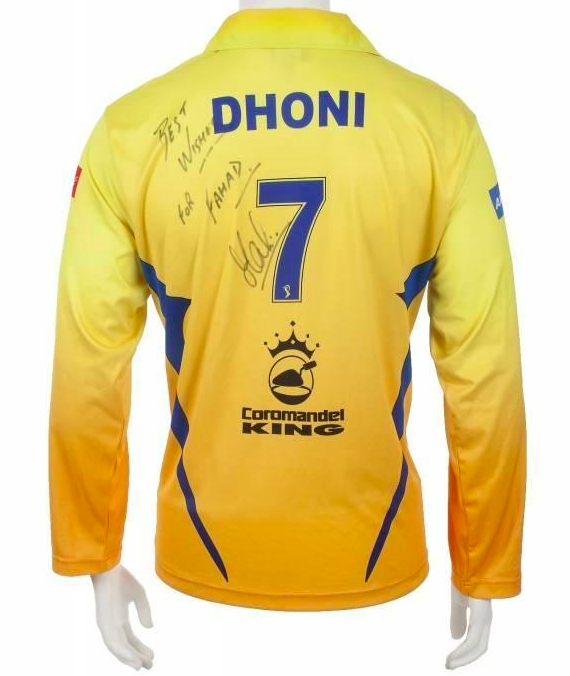 However, older collectors prefer collecting iconic material. With some of the most prized cricket collectibles being old copies of Wisden Cricket Almanacks. Wisden is essentially the cricket bible and is published on an annual basis. Early editions of Wisden Almanacks can sell for thousands of dollars.

Player used blazers and cricket caps are also very high on the list of cricket collectors as clearly displayed by this most recent auction.