GM have released an impeccable range for 2016 and they have also announced the release of one of the premier professional players, Joe Root will be leaving GM. GM is not technically releasing Joe Root and I am sure that they would love to continue sponsoring the world's best Test batsman but Root will be moving elsewhere. 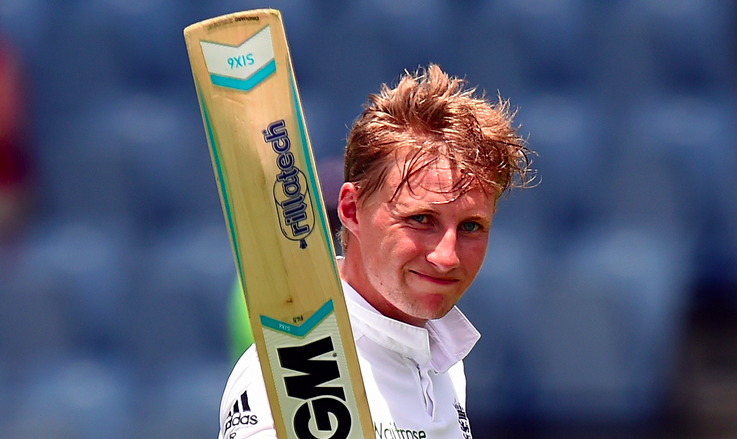 Those with knowledge of the cricket bat market will assume that there can only be 3 cricket bat manufacturers with the recent track record to acquire the right to provide Joe Root with his cricket gear.

If you were a betting man, this is how Cricket Store Online thinks you should hedge your bets for Joe Root's next brand of bat.

New Balance have not only been producing some fantastic cricket bats but they have also acquired the services of many premier cricketers. Biggest in the New Balance cricket stable is Australian cricket captain Steve Smith. They are also kit sponsors of players like Dale Steyn and Ben Stokes. New Balance have a strong marketing plan and have take the cricket gear market by storm. One can see that they pick their pro's well. Exciting and trendy cricketers like David Miller that not only sell the game of cricket but exude that New Balance sense of hip and cool.

Kunal Sharma and his men at Spartan Cricket produce superb cricket bats. What Spartan Cricket does best though is land the biggest names on the professional circuit. Players like Eoin Morgan, Chris Gayle, Michael Clarke and the biggest cricket marketing fish of all, MS Dhoni use Spartan Cricket Equipment. While I see Joe Root fitting more in the company of the New Balance boys, there is no doubt that one shouldn't bet against Root coming out to bat with a Spartan.

More of a traditionalists choice. Gray Nicolls still sponsors some of the world's top cricketers. As an Englishman and with Root's charm with English public he may have opted for the Gray Nicolls route. It is not unprecedented as Alex Hales moved from GM to Gray Nicolls. Although the feeling is that Gray Nicolls will be a dark horse in this race.

It may be something completely out of the box and time will very soon tell.