The World Cup is just around the corner. India and England are favorites but does the cricket ball that will be used gives England an edge. 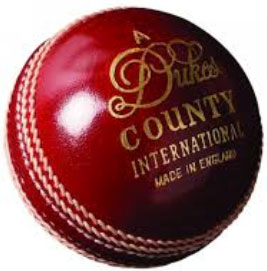 The cricket ball that will be in use for the 2019 Cricket World Cup is the Dukes cricket ball. It is and English made cricket ball and is known for the durability that it provides and the swing that it offers.

There will be two Dukes cricket balls used for every innings of every match. One ball from each end. This means that the ball will never be more than 25 overs old. Some experts say that this negates the ability for teams to get the Dukes cricket ball to reverse swing.

Scoring has been very high in England in recent times and it has been the power of the batsmen more than the type of cricket ball that has determined the outcome of the matches that have been played.

When playing in England, especially early in the season, there is always the question of how much will the ball swing. The Dukes cricket ball is the most likely to swing of all the international cricket balls but if a team could get the ball to reverse swing they will have a weapon in their armory that will be hard for other teams to counter.