Many people know of GM and Gray Nicolls. Some may know of Newbery and Hunts County but recently there has been a crop of young bat makers that are going back to good old cricket bat making basics. That means that they are making the cricket bats by hand. Fed up with the poor quality of mass produced poor quality bats, these bat makers are beginning to stamp their authority of quality on the cricket bat making market.

One of those bat makers is Australian, Lachlan Dinger from Dingbat Sports. The inspiration for his Dingbat cricket bat range was the pure fact that he wanted to make the bats himself from start to finish. Being involved in the bat making process from start to finish, enables Lachlan to put out a product of impeccable quality. Aside from that, it gives him the best insight and knowledge of his product line. This is something Dingbat Sports is proud of when it comes to their cricket bats. 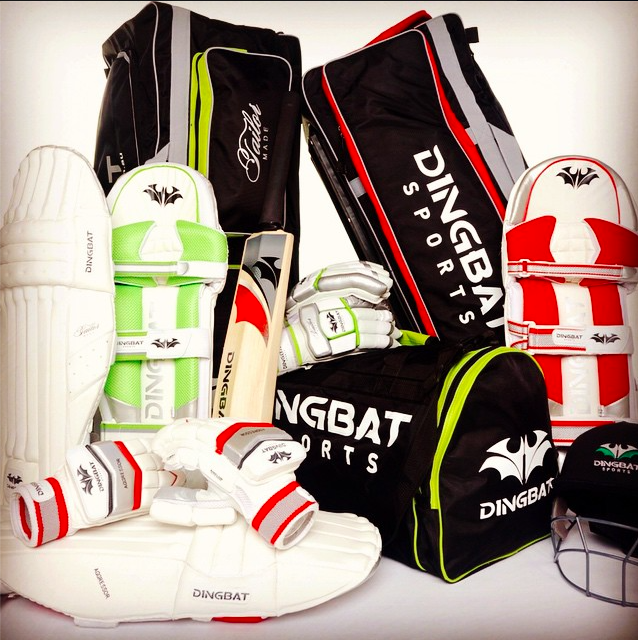 The name of the company was a real simple one. Lachlan’s last name Dinger, along with the Aussie slang “dingbat” was nice off the tongue and stuck quite well. The superlative range of Dingbat cricket bats was thus named.

The Dingbat range is currently geared at senior players but Dinger hopes to add a junior range to his product line in the not too distant future. Thus making Dingbat a cricket bat for any cricketer seeking a high quality cricket bat.

Like most podshavers, Dinger likes to dream big but also has his eyes set on realistic short-term goals. A factory in 10 years’ time with an apprentice or two making Dingbat cricket bats would be the ultimate. Despite the factory, Dinger is quick to point out that every bat will for sure be hand crafted. While he hopes for this to be the case, he nevertheless stresses that the immediate goal is to improve the bats he produces each and every day.

In an age of automation on so many levels, Dinger sets his Dingbat apart from other brands by being in 100% control of every facet of the bat making process. It is rare and the quality comes out in the fine willows selected and bats produced. His knowledge of the product is incomparably higher than mass producers of factory made cricket bats.

Having recently rebranded, Dingbat sports have a great range of products each with their specific advantages.

Like any handmade cricket bat crafter, there is a Tailor made range which is a custom made bat service tailored to the specifications of an individual. It comes with a full line of cricket gear softs and kit bags.

The Charisma and Aggressor ranges are standard shape cricket bats. Although standard in shape, each bat is crafted from start to finish by hand. 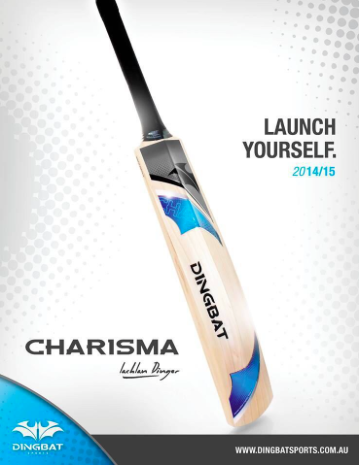 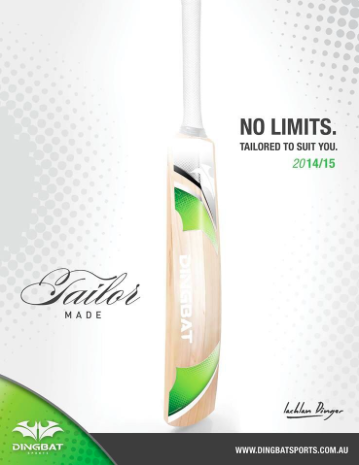 Like many master bat makers, Lachlan finds that one of the busiest facets of his business is on the repairing side of things. People have a favorite bat and will often seek out a man of Lachlan’s ability to repair their bats. He occupies himself mainly with replacing handles on pieces of willow that are still in superb shape.

There is no doubt that Dingbat Sports is a top quality cricket bat maker but Dinger is still very aware that with all the mass producers enjoying the lion’s share of the market it is a very difficult market to get a good bite out of. Bat makers like Dinger are learning very quickly though that customers will gravitate to podshavers who adhere to the 100 year old traditions of classic podshaving. In Dinger’s own words “Bat making hasn’t changed much in 100 years, there is a reason for it, so keep it that way”.

Slapping stickers on bats produced in cheaper markets is a loathsome practice according to most of the quality bat makers. Lachlan Dinger is yet another that prides himself in putting Dingbat stickers only on bats that he himself crafted with his bare hands. It is his sign of quality. Dingbat bats are made from start to finish in the Eastern Suburbs of Melbourne, Australia.

Dingbat Sports has yet another interesting story to tell though. While the majority of their willow is imported from England, they have recently started using a willow that is grown a mere two hours from their warehouse. The tree is the same as the English Willow tree but the willow reflects a few minor changes due to the climate.

It is knowledge like this that will leave cricket fans salivating for bats that are made with such a strong adherence to tradition.

To learn more about David and his bats and his favorite #hashtag #madebyme here are some links.