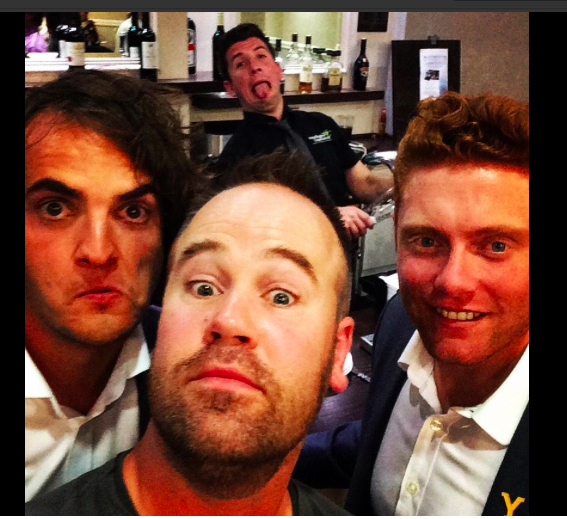 As far as good blokes are concerned, the mould was broken after this lad. This is about as good as they come. And as far as cake eating, burger munching, rum drinking & doughnut destroying goes few can come close to his eating and drinking skills, except my 2 yr old daughter of course. 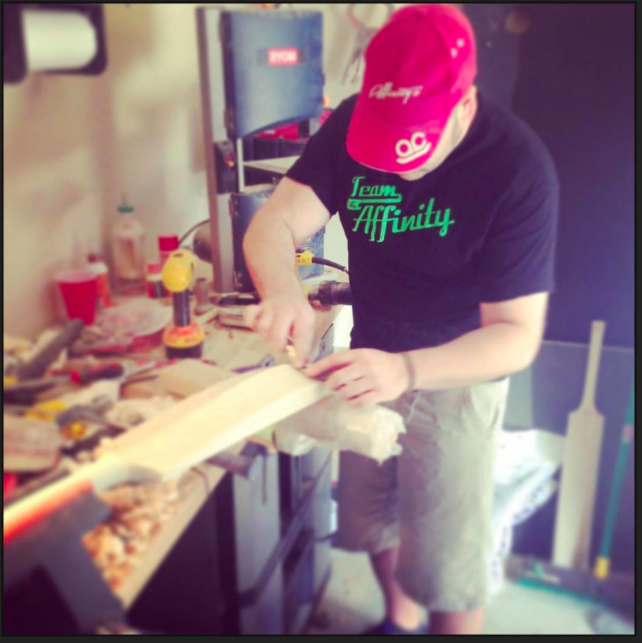 Marcus was the inspiration behind this "New Kids On The Block" blog series and we weren't able to quite capture the right essence of his words in the re-write so we decided to just copy and paste word for word his answers to our questions we sent him.

To start lets get off on the right foot.

1. What is the inspiration for your brand?

I had worked before in cricket and saw a few things I was unhappy with and always wanted to address them. It’s ok having thoughts and theories but if you really care you’ll want to see them tested and realized.

2. Why did you call it AffinityCricket?
So the love for what I was doing forced my heart to out rule my head and I based a company and the cricket bats around what would work well for the batsman/consumer. Love Cricket isn’t very catchy so Affinity Cricket was born.

3. What is your target market?
The target market as such are people and in our case people that want to score runs, that for them is the reason they play cricket... They live to score runs. So our work is based around them and while others make bats for cricketers, we’ll make them for the batsmen. 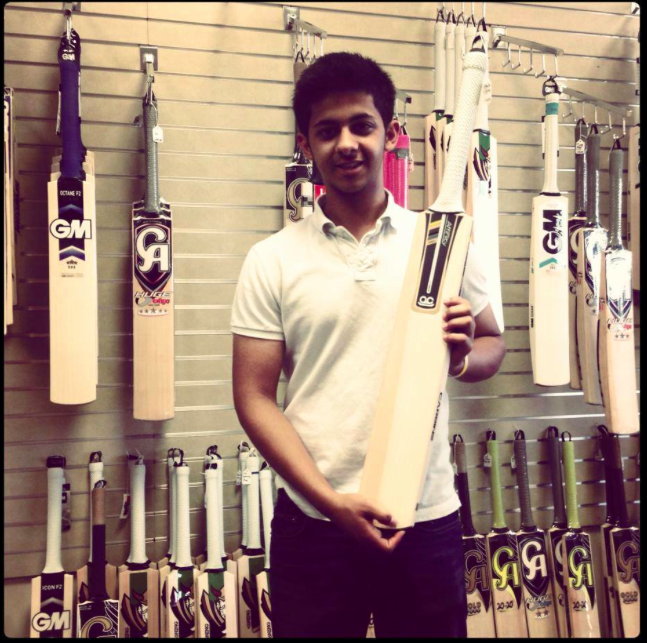 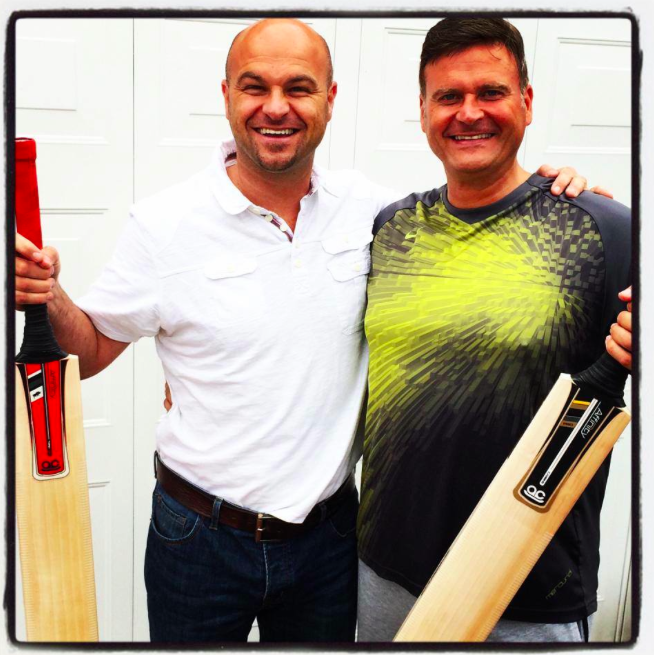 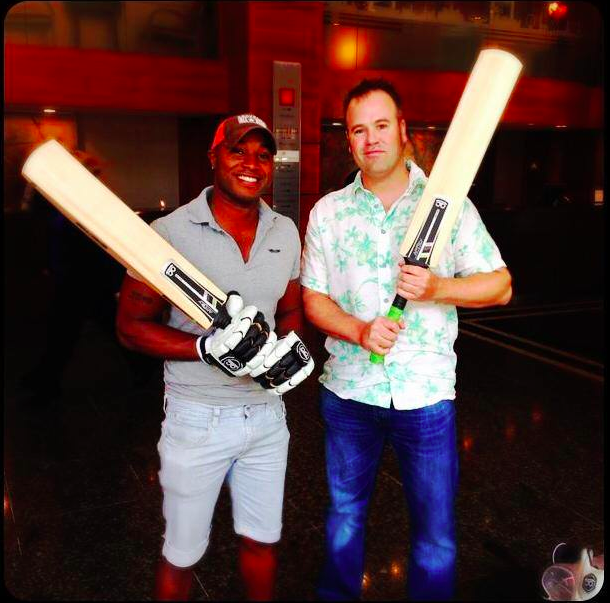 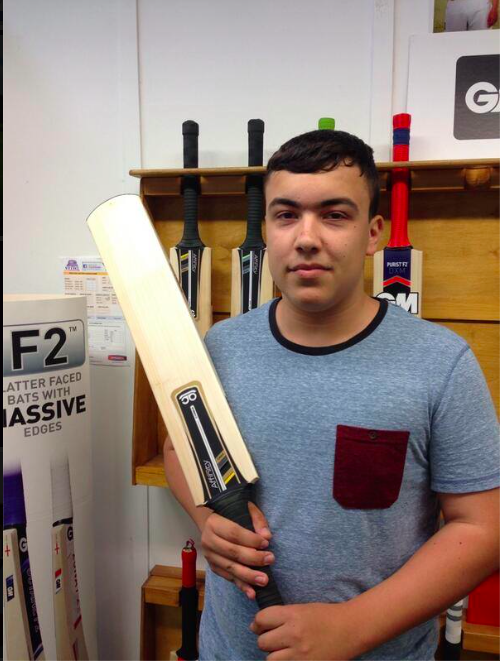 4. Where do you see your brand in 10 years?
In the last 20 months we’ve sold to over 15 countries via word of mouth, had players past and present compliment us on our approach and look. As long as we continue in the same vein we will maybe grow a little more but will be very much established. It’s not all about the scale of the operation for us, more the small community of players that will only every use an Affinity cricket bat.

5. What is the strongest facet of your brand?
The ability to say no. If we think it’s unrealistic eg a 2:7 finished bat with no concaving and 45mm edge. We say no... We are never going to match this persons estimation of what bat can be made. if we can’t convince them of the truth and what can be made I’d rather say no than take a job that for both parties will not see a happy result.

6. Tell me a bit about your product line.
The two mainstays are the Affinity Carbine and Affinity Spectre, the Carbine is a players bat, lots of mass where it’s needed and our way of pointing out that the whole edge size fad is nonsense. The Spectre was something I wanted for what I saw every weekend playing, low bounce decks and big lads looking to give it a whack. So we tried a few shapes and in the end took a more simplistic approach in the design in keeping the sweetspot low. There are a few novel methods to keeping the pick up light for a big bat but all in all it’s been very effective. We also have the Affinity Toro a T20 cricket bat and the Phantom which is aimed at the younger more flamboyant player but one may not make it to 2015 as we have a tough decision to make as we’ll introduce a new bat for next year.

7. What is your best selling product?
The Affinity Carbine and Spectre last year were pretty much neck and neck for sales, but this year the Carbine cricket bat has outsold the rest 2 to 1.

8. Any advice for young podshavers?
Don’t put yourself under pressure to produce results straight away and never fear a mistake! I wasn’t trained as such but it’s taken years to learn to replicate which I found always the hardest part with every cleft being different from the next. As long as you enjoy the process, the learning and the hours spent doing it you’ll be fine. Never be scared to ask people questions, l’ve had lots of help over the years and I was never scared to pick up the phone and ask for some advice.

9. How do you differ from other brands particularly factory made brands?
As a new kid on the block im never going to say “this is better than that” as we are in the realms of businesses that have stood the test of time and evolved into what works now. This for us is something where we can afford a little time to make sure it’s as we ourselves would want. We leave the back slapping to the customer if they feel so inclined.

10. General remarks.
Having set out to make what we felt would work, to have seen the feedback and the sense of community that’s come from the #TeamAffinity hashtag (started by an owner of one of the bats) it’s made the whole journey so far amazing. Without that interaction it’s just making stuff and selling stuff..., it really is made by the people.

11. You hand make most of your bats, do you ever have to outsource?

It started with just me and after a raft of orders I knew I’d need sub contractors that would get what im trying to do. It took a while and what started off as business has become friendships. Another reason as to why this industry works well when you are open and share. As for full time staff... We are a few years away from that.

12. You are based in England, who supplies your willow?

All from England and thanks to some farmers sons using one of our bats, some of the willow comes from close to our home in oxfordshire. 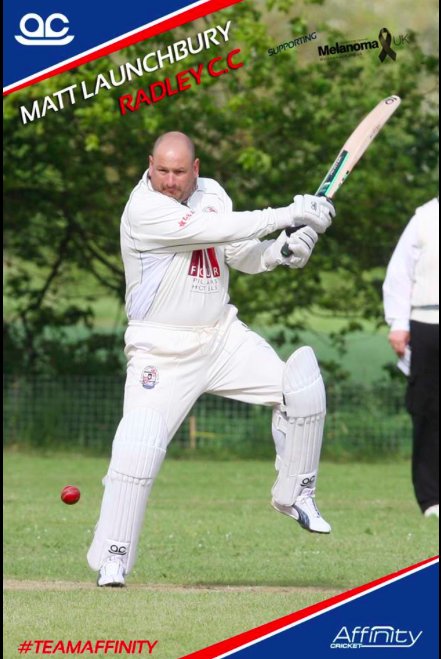 To find out more about Affinity Cricket and Marcus Charman ( and you will see from the links below he is involved in a lot )here are some helpful links below.

To read this same article that was done on White Willow Cricket  click here.

I hope you enjoyed this.