Cricket is one of the most popular sports in the world. Worldwide, cricket has more than 2.5 billion fans. The sport is more popular in some countries than others. For example, India, Australia, Pakistan, Bangladesh, New Zealand and South Africa are the main cricket playing nations.

This article answers the above questions so that you know exactly what ball to buy. We start with cricket ball basics: materials, sizes and more in the next section.

What Materials Are Used to Make Cricket Balls?

Generally, cricket balls are made from three different materials: leather, cork, and string. Cork makes the ball's core. The string is then used to wrap the core many times over for reinforcement. 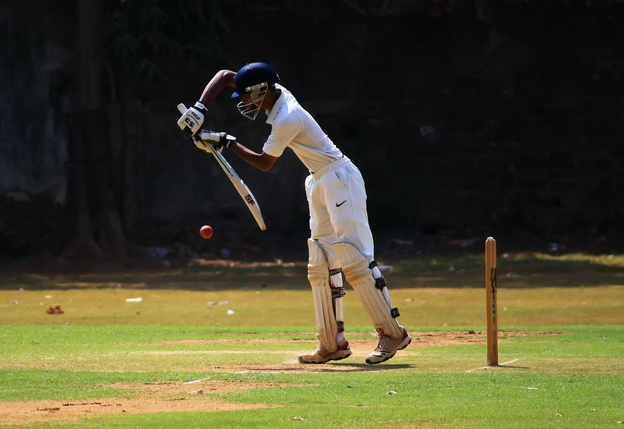 Leather is used to wrap both the string and cork. Normally, the leather is dyed red (which shows that it is to be used in test and first-class matches) or white (indicating that they should be used for Twenty20 and one-day matches).

The leather case may be in two or four pieces depending on the level of cricket. Regardless of whether it is a two-piece or four-piece ball, the common thing is that two hemispheres will be joined at the ball's equator using several stitch strings.

Cricket balls are hard and shiny. Since the game involves bowling at high speeds towards another person, it is vital that the players wear protective gear like arm guards, pads, and helmets.

Cricket Ball Official Dimensions and Why They Matter

The size of cricket balls differ based on the cricket level being played.

Here are some examples: 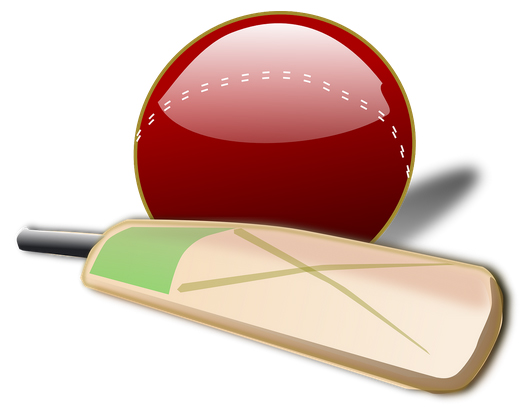 For junior cricket that is played by people under 13 years old, the balls weigh between 133 and 144 grams. Also, the circumference lies between 20.5 and 22 centimeters. With these dimensions, you now know what ball size to buy.

There are certain laws in cricket that stipulate how the ball should be handled. In case a cricket ball is damaged, it must be replaced before the game proceeds. It is required that a new ball be used at the beginning of every new inning whether or not the batting team is following on.

In the event that the match goes for more than a single day, it is required that the ball be replaced after a certain number of overs. While there are some variations in the limit after which a new ball can be used, the general rule of thumb is that 75 overs must not be exceeded before a new ball is used. In first-class and test cricket games, the fielding team may decide to use a new ball after 80 overs.

Incase the ball is damaged beyond use or lost (such as when a player knocks it far from the ground), the players should use a cricket ball in similar condition as a replacement.

Usually, red is the color used for cricket balls. Ever since the debut of limited-overs matches that were played under floodlights, white has become the de-facto ball color for Twenty20 and one-day matches regardless of whether the matches are played during the day or at night. 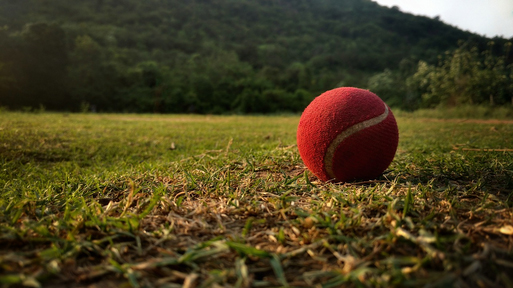 Players have also experimented with other colors such as orange and pink, but white still remains the standard.

The largest cricket ball manufacturer on the planet is Kookaburra, which is based in Australia. You will find Kookaburra balls used in every Twenty20 and one-day matches.

Kookaburra has been manufacturing cricket balls for 125 years. Thanks to their experience, the brand is considered one of the world's best. Kookaburra balls are made from some of the highest ingredient raw materials and modern technology. 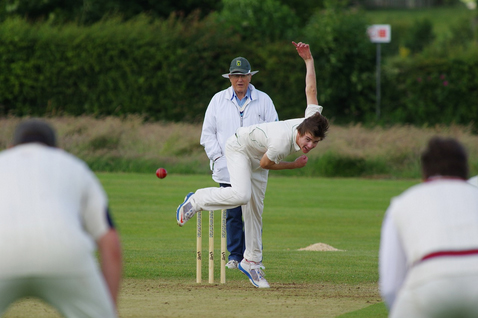 The red Kookaburra ball has been manufactured to meet the requirements of cricket authorities and used in Cricket Australia since 1946. With such experience, it’s no wonder that Kookaburra balls command a premium price.

Why the Turf Cricket Ball is Such Huge Success

The turf ball is the flagship of the Kookaburra cricket ball lineup.

At its core, the ball is made of cork. There are five layers of natural cork and worsted yarn built onto the cork's nucleus, which is then finished with a generous layer of worsted winding. The cricket ball's cover is made from selected alum tanned steer hide that is cut into four sections.

Here's why this is important:

The five layers of cork are what distinguish Kookaburra balls from other manufacturers. Most of Kookaburras' competitors manufacture their balls using a single molded center.

However, Kookaburra believes that the five layers help make the ball more consistent and controllable, which is great for performance. This ensures the predictability of the ball's bounce throughout the cricket match.

Kookaburra started making the white turf ball in 1977 after being approached by the Nine Network and Kerry Packer. The objective was to have a ball that could be used in one-day limited-overs and day-night test cricket matches, which would be played in the evening (known as the World Series Cricket).

The only difference is that the leather used to make the white ball is natural and comes in an off-white color. Kookaburra covered the leather with a pigmented pure white finish to make sure that it retains its high visibility through many games. 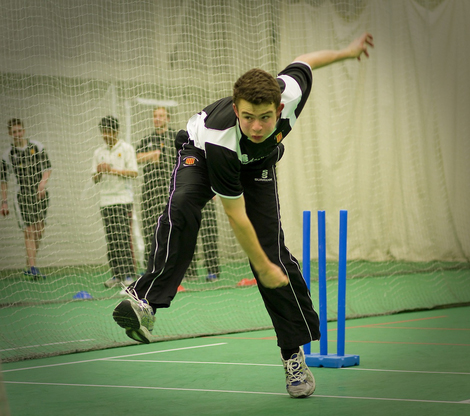 The major issue with the white ball is discoloration. In the course of its use, the ball scratches and wears. Also, it picks up contamination on the surface and becomes decolorized. As such, it is required that two new white balls be used in each inning, where a different ball is used at each bowling end.

In the past, pink balls have been used for four-day and five-day cricket games. Since these longer forms of cricket were to be played in cream or white clothing, it was important for the ball's color to contrast with the players' uniforms.

Pink has proved to have a great contrast for both day and night time games. Pink is also ideal because it has high visibility in all the stages of its natural deterioration. The pink Kookaburra turf ball is currently being used in trials around the globe.

Just recently, the pink ball was used in the first test match under lights between New Zealand and Australia at the Adelaide Oval in November 2015. In fact, there is no other ball that has been through the same number of trials and testing like the pink ball.

Worth noting is the fact that the pink ball is made using the exact same process used to make the red turf ball. The only difference is that in the former, there is an extra layer of pink that is added to the standard lacquer finishing that is standard in all Kookaburra balls.

Also, the pink turf ball uses green stitching, unlike the white stitching that is used on red turf balls.

How Long Does It Take To Make A Cricket Ball?

So why the extra period?

The additional time is there because the balls need a rest period where they settle, acclimatize and get used to how they have been combined and molded during the ball manufacturing process.

Cricket balls come in different dimensions for men, women and youth games. In the men's category, the balls are between 155.9 and 163 grams with a circumference of between 224 and 229 mm.

How Many Different Cricket Balls Does Kookaburra Make?

Despite the fact that the Kookaburra turf ball is one of the top balls in the world, the company makes many other types of cricket balls. These are targeted for use in the state, provincial, junior and club cricket games.

Understanding what goes into making a great cricket ball is important for cricket players and fans alike. For starters, it justifies the price tag attached to the ball. By selecting the right balls from companies with a great heritage, you set yourself up for success.

This article has done an extensive exploration on cricket balls, their materials, weights, sizes, colors and history. We have also discussed the Kookaburra cricket balls and what makes them popular.

Cricketstoreonline stocks the best quality cricket balls at an affordable price from Kookaburra and other leading brands. You can browse through the collection of cricket balls and other cricket accessories on our site. We guarantee nothing but high quality and supreme customer service.