Opening Batsmen and their Brands Part 1

Opening batsmen are the ones who set the tone very often for the outcome of a One Day International. Cricket Store Online takes a look at will be the key opening partnerships at the Cricket World Cup in 2015 and more importantly at the brands of cricket bat that they use. 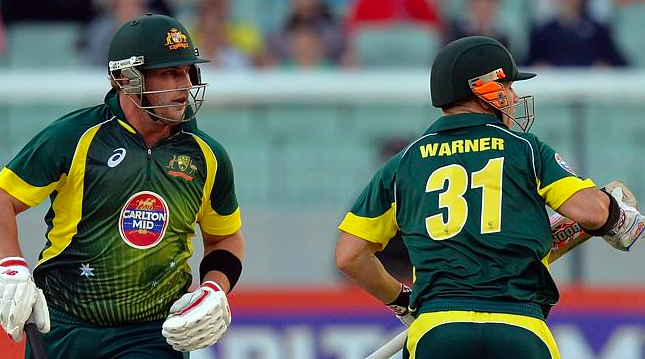 Very possibly the most feared pair of opening batsmen in world cricket at the moment. That is saying a lot considering there is Quinton De Kock and Hashim Amla and Rohit Sharma and Shikhar Dhawan to contend with.

What sets Warner and Finch apart is the fact that they are both power players that can play a massive power game over very long periods. This demoralizes the bowlers and can very quickly win a One Day International for Australia.

Ever since he burst on the scene David Warner has enjoyed the use of Gray Nicolls. Dave Warner’s Gray Nicolls of choice is the Kaboom. Very aptly named as that is precisely what Dave Warner does with his Gray Nicolls, he goes Kaboom. The Kaboom cricket bat is very much a cricket bat that embraces power. Every element of the bat from the edges to the minimalized toe is designed to give the power batsman huge amounts of weight through the shot. The sweet spot of the cricket bat is enlarged and is slightly higher than the middle of the bat, this is a testament to Dave Warner’s power on the front foot and hitting the ball on the up.