One of my favorite cricket memories is that of Adrian Kuiper. Kuiper was in many ways a batsman before his time because he would surely have thrived on T20 cricket. The memory in particular was that of Kuiper launching Craig McDermott for three 6's in a row at Newlands. One of the elements to that glorious display of power hitting was the bat that Kuiper was using, the SS Jumbo. 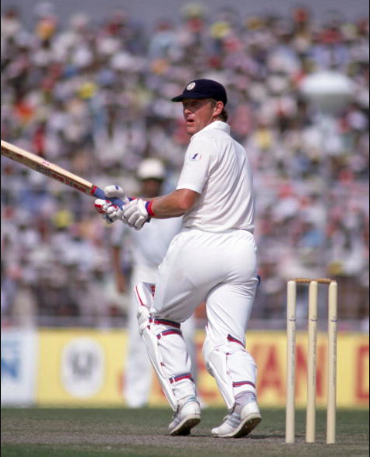 Kuiper was one of many to enjoy the immense hitting power of the SS Jumbo. The Stuart Surridge Jumbo was perhaps most famously used by West Indian cricket legend, Viv Richards. Richards is perhaps still the most fearsome hitter of the cricket ball ever. More than just his hitting power, there was the unique nonchalance and ease with which Richards would launch the best bowlers in the world to the boundary. Batting without a helmet was of no hindrance as Viv launched the ball, high, hard, far and wide.

The SS Jumbo was also a bat favored by Graeme Gooch. Mark Taylor also enjoyed this great bat for the early stages of his career and it was perhaps the only bat on the market at the time to challenge the rampant Gray Nicolls scoop bat.

Either way, the SS Jumbo was truly a great cricket bat that will be treasured forever in the memories of cricket fans.