The GM Diamond cricket bat had everything going for it, the distinctive blue and green colors were about as trendy as it came for a cricket bat. Steve Waugh also wielded a Gunn & Moore Diamond as it seemed that the bat was just the best. Many would like to believe that it was the Diamond that launched Gunn and Moore to become a challenger in the cricket bat brand stakes.

The GM Diamond cricket bat was so named for the very unique construction, which looked very much like a Diamond at the back of the bat. It was to be a huge success with players amateur and professional alike, reporting great performance and a well weighted pick up from the bat. 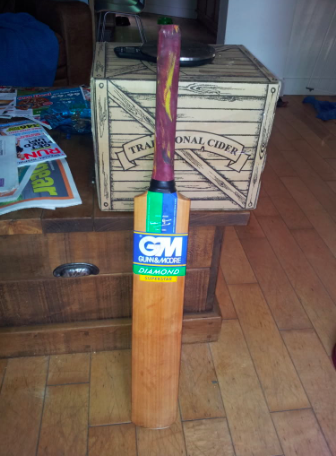 Why the design went off the market is unknown?

Perhaps as Kookaburra has revived the vintage Bubble edition cricket bat of their cricket bat, GM will be obliged to do the same and revive the great Gunn & Moore Diamond.